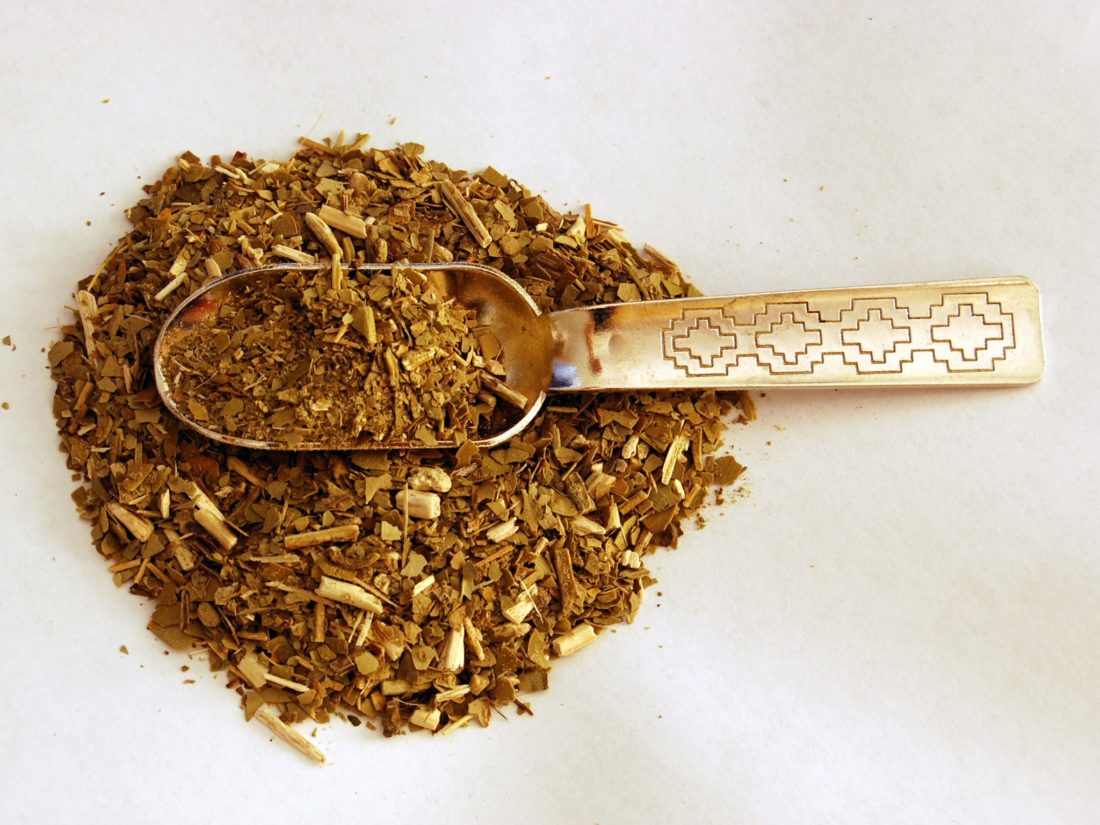 Yerba Mate: A Traditional Source of Health and Energy

If you ever find yourself in Argentina, you will most definitely be offered a cup of their national drink: yerba mate. There, they still drink this tea-like infusion with a gourd and bombilla (a round drinking vessel and filter-straw). Slightly woodsy in taste, yerba mate is also preferred over coffee in Paraguay, Uruguay and Southern Brazil. This beverage is made from the leaves of the shrub-like holly tree, native to the subtropical South American rainforest. For centuries South American tribes have sipped on this “drink of the gods” for its rejuvenative effects, giving them invigoration, focus and nourishment. Argentine cowboys refer to yerba mate as their liquid vegetable, having relied on it for nutrition during times of drought and famine.

Yerba mate is composed of natural chemical stimulants, including caffeine, theobromine (also present in chocolate) and theophylline. The caffeine content in yerba mate is roughly one third that of coffee, and almost double the amount found in black tea. Theobromine is less intense than caffeine, therefore it is gentler on the human nervous system. Caffeine, theobromine and theophylline have all been said to have a relaxing effect on smooth muscle tissue. This relaxant effect makes yerba mate a vasodilator, meaning that when muscles relax, blood vessels dilate allowing blood to flow more freely. Conversely, the same three chemicals have a stimulating effect on myocardial tissue. For this reason traditional medicine has long utilized yerba mate as a heart strengthener.

Many sports enthusiasts such as Ironman triathlete Brendan Brazier, author of The Thrive Diet, recommend yerba mate as an energy source. Brazier claims it is “one of the healthiest forms of stimulation.” He notes that yerba mate “is the ideal food to help you rise to the occasion in terms of improved productivity and increased athletic performance”. Brazier even includes the ground leaves in some of his recipes.

Yerba mate is a rich source of chlorophyll, antioxidants, trace minerals and is even a powerful digestive aid. It naturally contains 24 vitamins and minerals, plus 15 amino acids. In 1964 the Pasteur Institute and Paris Scientific Society concluded, “it is difficult to find a plant in any area of the world equal to mate in nutritional value,” and that it contained “practically all of the vitamins necessary to sustain life”. No wonder then that it is consumed daily by millions of South Americans. In Europe it is used to control weight, as yerba mate also helps to suppress the appetite. A study done in 1999 in Switzerland, found that yerba mate had a thermogenic effect, meaning that it seemed to increase the amount of body fat burned as energy.

Yerba mate is prepared similarly to any loose leaf tea, you can even buy it pre-packaged in tea bags in many delicious flavours. Just be careful to let your hot water cool slightly after it boils – you want the temperature of your water no hotter than 150 degrees F, otherwise it can burn the leaves. For information on how to prepare yerba mate the traditional way, read the The Mate Gourd Ceremony.

Like most things in life, moderation is key. Heavy yerba mate drinkers in South America have been recorded to sustain an increased risk of certain cancers. So please enjoy this supremely nourishing beverage, just don’t over do it.